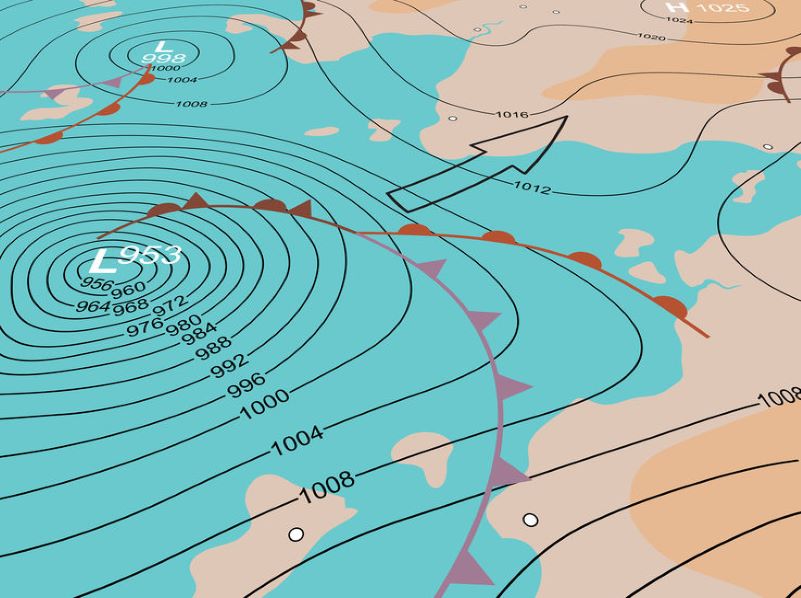 This content aims to help users to read the relevant information within the right contextual data usage. The Weather information provided by Global MeteOcean or available through thescreenweather Web Portal follows International Standard Terminology and acronyms, commonly used by experts and users.

Indicates the direction from which the wind is blowing

The sustained wind speed over a given period at a given height above the sea surface (10 metres, 50metres or other heights) and associated direction, usually expressed as 10 minute mean – mean wind speed measured over 10 minutes.

The changing of the wind direction clockwise, e.g. SW to W

The changing of the wind in the opposite direction to veering (anticlockwise), e.g. SE to NE

The direction from which a wave propagates

Component of the sea state related to locally generated wind.

Component of the sea state in which waves generated by wind remote from the site have traveled to the site rather than being locally generated.

The period corresponding to the frequency where the spectral density reaches its maximum.

Condition of the sea during a period of time in which its statistics remain approximately stationary. In a statistical sense the sea state does not change significantly within the period. The time period during which this condition exists is generally 3 hours but it depends on the particular weather situation at any given time.

The wave spectrum or spectral density describes how the variance of the sea surface elevation is distributed over frequency and propagation direction, from which all wave parameters may be derived.